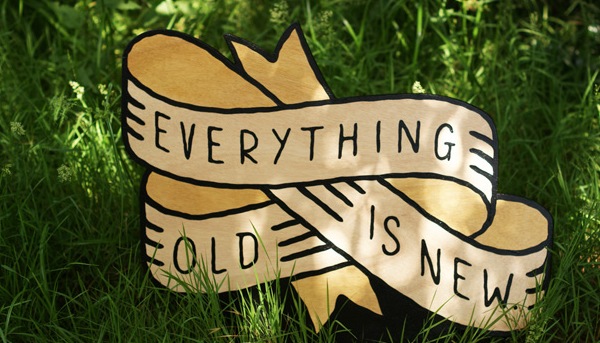 I’ll let you in on a secret: The most popular article on this website over the last three months was nothing but a bunch of old tweets.

My article on 40 Ideas For Comedians To Think About was one of the most successful (and easiest) posts I’ve ever written and it simply featured a bunch of repurposed tweets I had posted over the past few years on my Connected Comedy Twitter account.

This wasn’t just a bit of luck – it was the result of a simple process you can use to turn your old social media posts into great content for your website.

Here’s how I did it and how you can do it too.

The first thing you need to do is a little research.

Twitter makes this easy to do because you can download an archive of all of your tweets (which is a good idea regardless of whether or not you decided to do something with them – it’s worth having a copy of your “work” that you can access in case the platform disappears some day).

It’s a little trickier with Facebook because you have to scroll back through your timeline manually, but it can still be done relatively easily.

As you review your old social media posts, pay special attention to the ones that were the most successful and start a list of what they were so you can easily find them again. Most likely, you’ll start to see some similarities and connections between the posts that clicked with your followers.

That leads me to the next step…

Step 2: Figure Out A Connection Between Your Best Posts

As you start to see what your most successful posts have in common, think about how you can create a single thruline that connects them all.

This connection will become the core concept of the new post you’re going to create for your website, utilizing your old social posts.

Sure, you could just gather them up into a post titled something like “My 20 Best Tweets,” but ultimately this will work better if you drill down more into something specific they have in common.

It’s ok if not every great post you have fits into the category – you don’t have to include it then.

In my case, I share a lot of links to interesting articles on my Twitter account, but I decided to focus my website article only on tweets that included advice I’ve given to comedians. Specifically, I focused on some of the “big ideas” I’ve tweeted about over the years and chose that as my framework.

There are countless ways to connect your old social posts to a single theme that appeals to a specific audience. It depends on what kinds of stuff you post obviously, but here’s a few ideas to get you thinking about how to frame your own post:

• 20 Times The Chicago Cubs Made Me Say Something I Regret

• 20 Photos That Prove Hipsters Need To Be Stopped

The connection between the social posts you choose to repurpose will ultimately lead to the headline of your post and have a huge impact on how successful it becomes, so give it some thought.

Once you’ve got some of your best old social posts pulled together and you’ve figured out a good thread to connect them all, it’s time to write the post.

You can showcase them as a blog post like I did which is probably the ideal scenario, but if you don’t have a blog or don’t want to do that then you can try a different approach. You could upload them as images in a photo gallery for example or potentially even turn them into a slideshow video and upload it to YouTube.

The title of your post should reflect the connection between the posts you’re repurposing, but also should suggest an audience that will most likely be interested in them and hint at the value that audience will get from reading the post.

In my case, I titled my post 40 Ideas For Comedians To Think About because it reflects what the tweets have in common, speaks to the audience I thought would be interested in it (comedians), and hints at the value in reading the post (essentially saying, if you’re a comedian you should think about these things).

It suggests there’s more value to the post than your typical Top 10 list, and increases the likelihood people will find something that resonates. There’s no magic number – I actually have about 35 more tweets I considered for the post, but will likely use those in a later post – but I’d recommend you incorporate at least 10 posts into your new article.

As far as the actual writing of the post goes, you’ll notice I chose to transcribe the tweets and make it seem as if it was new content, written specifically for this post. Rather than post screenshots of the original tweets or embed them in the post, I wanted this to come across as fresh content. It’s more impressive (and easier) to read it as a regular article than it would be to show I was just repurposing tweets.

You want your content to feel new, even if it’s not. There are some exceptions to that (for example if you’re doing something that’s purposefully nostalgic), but in general it’s a good rule to follow.

And for what it’s worth, I don’t think any of my readers realized I had previously tweeted what was in that article – even if they had read much of it before while following me on Twitter over the years. And even if they did realize it, it’s still helpful to give it to them all in one place for easy reference.

If they stumbled across the article and liked what they saw, I wanted them to be aware of my social accounts because they’d probably like what I post there as well.

Once you’ve published your post, the next step is to get it seen.

In addition to the usual promotional channels – your social media accounts, email list (hopefully!), and telling every friend and family member you have to check it out, you should look for ways to expand your reach.

Because you will have created a piece of content that has a built-in niche (that connection that you found between all the social posts you chose is essentially a niche), you can look to promote it in places where people interested in that niche hang out.

Using the examples of post titles I listed above, here’s some examples of where else you could promote that content.

• 20 Times The Chicago Cubs Made Me Say Something I Regret – Use Cubs hashtags on Twitter or send it to Cubs blogs and fan sites.

• 20 Things That Seemed Like A Huge Deal In 2009 That Don’t Matter Any More – Find retro/nostalgia blogs and send it to them.

• 20 Photos That Prove Hipsters Need To Be Stopped – Promote it with an image and use relevant hashtags on Instagram and Tumblr.

• 20 Ways To Handle Awkward Dating Situations – Offer to contribute the column as a guest post on a relationship/dating blog.

And all of these could be easily promoted using Facebook ads, which would be incredibly effective and inexpensive with this kind of content. Here’s an example of how I’ve done that in the past.

While creating your repurposed content article and promoting it will take a little time and effort, it’s really not that difficult.

Again, most of the hard work (creating the material in the first place) has already been done by you on your social accounts!

This is just a way to take some of the work you’ve put in over the years and get a LOT more benefit from it. Plus, ideally you’re using old social posts you already know people enjoyed because you’re choosing some of your best stuff which means there’s a high likelihood people will enjoy this post even more.

And the real beauty of this strategy is that after you’ve created the article, promoted it, and reaped the rewards from it – you can do it all again!

This is a repeatable strategy you can use as often as you’d like, assuming you’re posting enough good content to your social platforms to pull from. Once you get this first repurposed post out of the way, go back into your archive and find some more stuff that can be repurposed and find other connections you can make.

Will this automatically reach millions of people? No. But, it definitely will work and it will get you a lot more attention for content that is otherwise just lost in the ether.

And if nothing else, it justifies all that time you’re spending tweeting away when you should be writing.

Good luck and if you give this a shot, send me a link to your post and I’ll be happy to share it with my Connected Comedy followers.

If you found this helpful, I’ve got a LOT more social media advice for you in my Connected Comedy VIP Members Program.

Join here to get instant access to 100+ of my most valuable articles.