Each month I take a few moments to look at the good, the bad, and the ugly of what’s happening in the comedy world with my State of the Comedy Union column. In last month’s column, I talked about the content people are paying for, the relaunch of MySpace Comedy, and how comedy clubs were embracing social media. Here’s how I see things this month… 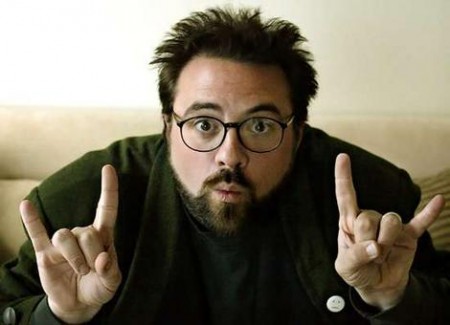 THE BIG NEWS: Kevin Smith Tells Hollywood To Screw Off

Filmmaker, podcaster, and epic Twitter ranter Kevin Smith recently caused a huge splash when he sold his latest film to himself at Sundance in an elaborate stunt that pissed off more than a few people in Hollywood. But while the stunt – and the anger it inspired from would-be movie acquisition executives – was newsworthy, the real big news is that Smith is essentially saying (realizing?) that he no longer needs the studio distribution system to make money on his films. As Smith points out, he made a movie for $4 million which a distributor will then want to pour $20 million worth of advertising behind, meaning that the film will have to make at least $50 million at the box office in order to break even. This model, which has been the standard for decades, is insane and Smith is setting out to prove that there’s a better way to do things.

Smith’s plan is to put out the movie himself in theaters, leveraging his relationships with his fanbase (largely cemented through Twitter and his podcasts) and providing them with unique experiences (sound familiar?) like his own appearances and Q&A’s tied to the film screenings, while not spending any money on advertising. As a result, all the film will need to make to recoup its investors money is $4 million and the rest is profit.

It will be very interesting to see how this turns out for Smith, but personally I think the plan makes sense and will likely succeed. The mere fact that Smith has the audacity to try it has Hollywood’s distributors very upset and nervous, and I can’t imagine how they’ll react if it actually succeeds.

THE LITTLE NEWS: The Onion Creates The Best Web-to-TV Series Yet

The Onion News Network is a new series that’s airing on IFC and I think without a doubt it’s the best programming I’ve seen make the leap from the web to television (unless you count TMZ, but that’s a totally different deal). The series is only one episode in, but I thought the first episode was hilarious (here’s some clips) and a great start. Unfortunately, I don’t hear a lot of buzz about the show and not sure many people will find it on IFC, but it deserves more attention than it’s getting at this point.

I feel like a broken record sometimes, but podcasts continue to become more and more relevant these days both from a creative perspective and (more importantly) from a business perspective. This month saw a couple big steps for the comedy podcast market, including AOL’s rollout of a late night comedy programing lineup that is essentially just video highlights from comedy podcasts including Adam Carolla’s, Kevin Smith’s and Kevin Pollak’s shows. Additionally, news broke that iTunes is apparently working on integrating a system that will allow podcasters to easily charge for their podcasts on a pay-per-episode basis, similar to the way musicians can charge for single songs. 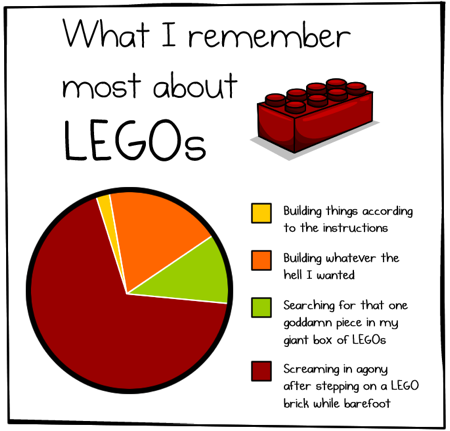 DOING IT RIGHT: The Oatmeal

For those of you that don’t know, The Oatmeal is an online comic that has become one of the most popular sites on the web thanks to its creator’s simple and hilarious illustrations. The Oatmeal does a lot of things right, but its recent unsolicited creation of a fail image for Tumblr to use when it inevitably crashes turned out to be a stroke of marketing genius. Here’s a breakdown of how The Oatmeal managed to attract 55 million eyes in just 4 hours.

One of the things that continues to amaze me is the way most comedy managers and agents seem to be relatively clueless about how to navigate the new comedy world that we live in. I’ve had multiple conversations recently with talent reps who seem to understand how to break and find talent in the old media world (i.e., get a comedian an audition or get a comedian booked once they’re already well known), but have no clue what to do in the new media world. Talent reps don’t seem to have any interest in helping their clients develop their own followings and really have no clue about what to do with a podcaster or blogger that has a huge following. I’m not saying there aren’t any talent reps who “get it,” but the vast majority of them are still pretty far behind the curve and spend most of their time waiting for a network or studio to give their clients “permission” to become successful. And don’t even get me started about agency hiring practices…

At what point are big-name comedians going to realize they should have their own YouTube channels? It’s insane to me that the majority of well-known comedians are ignoring YouTube and leaving millions of views that they could be monetizing on the table because they’re loo lazy or ignorant to set up an official channel to showcase their material. It’s all up there anyway, so why not capitalize on all  the views of your content that are currently going to whatever kids uploaded your work on to their own channels?

One thought on “The State Of The Comedy Union: January 2011”