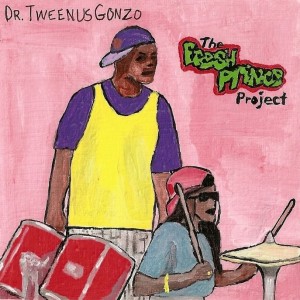 There’s a lot of similarities between the music business and the comedy business which is why I’ve always believed that it’s worth keeping an eye on what creative things musicians are doing to promote their work. Most of those things can be adapted and work in the comedy world as well.

One promotion that caught my eye recently was for an album recorded by indie rapper Dr. Tweenus Gonzo, who decided to record an album featuring 24 songs inspired by the first 24 episodes of The Fresh Prince of Bel-Air. Clever, right?

His Fresh Prince Project may seem a little ridiculous, but it plays right into the web’s love of nostalgic pop culture and sure enough, it captured a lot of attention across the web (for example, check out the writeups he got on the popular blogs Urlesque and Geekosystem).

Also worth noting is the album’s monetization strategy. The entire album is available as a free download, but Tweenus is also offering to let people buy the album as a CD with his own custom episode-inspired album cover art for $15. Here’s his friendly explanation of the album’s economics:

This is a song for every episode of the first season of the Fresh Prince of Bel-Air. I recorded this over the last year and a half.

The cd comes in a jewel case with the tracklist on the back and the painting of your choice. The cd itself will just have “Dr. Tweenus Gonzo” and “The Fresh Prince Project” and a silly, terrible drawing in sharpie on it. I have uploaded pictures of this, so this paragraph should be entirely unnecessary.

It is free to download if you want, but if you do pay for it, most of the money goes straight to me. Bandcamp gets a small percent, and there’s a small paypal fee. I get the rest, and it is very much appreciated. I will spend it wisely on superfluous things.

It’s smart because he’s reaping the main benefits of this kind of promotion by getting the most possible people to discover and hopefully spread his music by providing it as a free download. It’s probably more important at this stage for him to get more exposure than it is to sell a few extra albums.

But it’s also smart because he’s come up with a way for people to pay him money if they like his stuff enough to want to encourage him to make more by giving them something else they can buy to support him.

Could something be similar be done in the comedy world? I think it could, but what do you think?