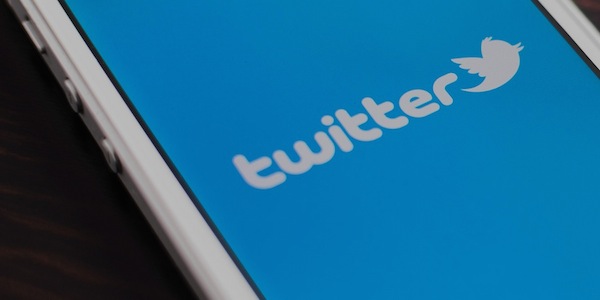 When it comes to Twitter, little things make a big difference.

A pinned tweet is simple to set up and allows you to take any tweet you’ve posted and “pin it” to the top of your Twitter profile page so it will be the first thing people see when they check out your profile. Unfortunately, pinned tweets only apply to people viewing your profile on a desktop computer (as opposed to on mobile), but they still present great opportunities – if you know what to do with them.

I’ve got some suggestions for you, but first here’s a quick video that shows how to set up a pinned tweet in case you don’t know.

Now, on to 10 ways you can get value out of using a pinned tweet. You can change your pinned tweet as often as you like, so feel free to try out several of these techniques and change it up as you have different things you want accomplish.

I’m a huge believer in email lists and a pinned tweet is the perfect way to ensure everybody who checks out your Twitter profile is aware of your list. This is what I’ve chosen to do with the pinned tweet on my Twitter account at the moment and it’s worked well.

Want some tips on how to grow your comedy career? Get them here: http://t.co/QIiBOYYSTj

Do you have a specific piece of content you want to drive attention to? Maybe something you just put out, or something you created a while ago that you’re proud of? You can use your pinned tweet to ensure that anybody who checks out your profile knows it exists.

You might only have 140 characters to work with in your Twitter bio, but a pinned tweet essentially gives you another 140 characters to work with if you want to use it to tell people more about yourself. The mindset of people who check out your profile is similar to when people look at your bio – they are considering whether or not to follow you, so it makes sense to use your pinned tweet in a way that will give them a reason to do so.

Another thing you can do with a pinned tweet is think about it as an opportunity to share a testimonial from somebody else about you. Did a notable comic tweet something about how funny you are? Did a booker or venue tweet about an amazing performance of yours? Did a popular website share a link to your video or write a story about you? You can retweet their tweet with a comment and use that as your pinned tweet to make sure more people see it and give yourself additional credibility to people who check out your profile.

Interaction is important on Twitter so you may want to use a pinned tweet that’s designed to get people to interact with you. That could take the form of a question that encourages people to reply to the tweet – thus creating an opportunity for you to engage with them and/or learn more about who is looking at your profile.

6. Prompt People To Tag A Friend

This is an offshoot of the question approach – you could ask a question that’s designed to get people to reply and reference a friend in their reply. For example, your pinned tweet could be a question like, “Which of your friends should I follow on Twitter?” which would encourage people to tag their friends’ accounts in their reply.

In doing this, they’re introducing you to other people you might want to connect with on Twitter and those people will see they were mentioned and check out your profile as well. You’re essentially building virality into your tweet.

7. Promote Your Other Social Accounts

You might be limited to 140 characters in a pinned tweet, but you can do a lot more with an uploaded video. One great way to introduce people to your Twitter account and explain to them why they should follow you is to do it in video form. Just record a clever welcome video, upload it to YouTube or Twitter’s native player, and drop a link to it in your pinned tweet. It’s a great way to be unique and create a compelling first impression.

9. Plug Your Next Show

If you’ve got an upcoming show you want to promote, why not do so in a pinned tweet? You could also offer free tickets or some kind of incentive as well. Again, your pinned tweet is an easy opportunity to get additional exposure for something you want people to see, and in most cases your show promotion could probably use every little bit of help you can get.

Here’s an interesting idea – reach out to a few other comic friends and collaborate to use all of your pinned tweets to promote each other. For example, your pinned tweet could say something like, “If you like my tweets, you should check out @THISCOMIC @THATCOMIC and @THATOTHERCOMIC.”

Then have each of those comics do something similar with their pinned tweets to promote you. As a result, you all will (hopefully) benefit from whatever attention any of you get to your profiles.