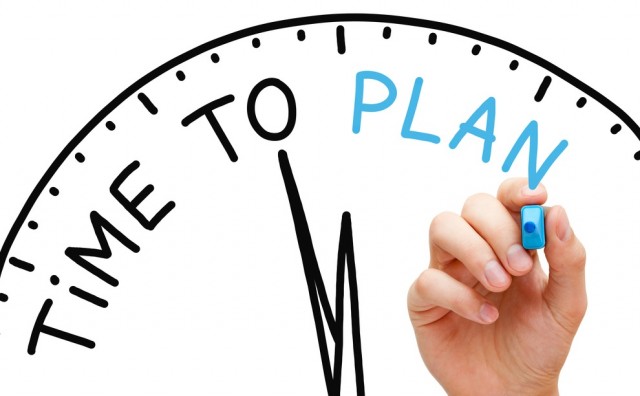 If you spend the next 20 days creating content based on the prompts I spell out below, I GUARANTEE you will get you more engagement with your existing fans, attract new ones, and learn a ton of valuable things that will serve you way longer than the 20 days you put into it.

While these ideas will work great as blog posts on your website, the topics can also be adapted and work as videos, a podcast, Facebook posts, or even tweets potentially. Choose whatever format you prefer and just put them out into the world.

Trust me, it will work.

Here are the topics…

To kick things off write an intro post that explains who you are and what you’re about to do. Tell people up front that you’re going to be putting out a new piece of content each day for the next 20 days and (this is important) give them an easy way to follow along with the journey.

Day 2: Why I Became A Comic

Write a post that tells more of your story – explain why you chose to become a comic in the first place. Be open and honest about your background and how you got to where you are – even if you just started out. You might not think it will be interesting to people, but trust me, if you’re honest about how and why you became a comic it will be more interesting than you think.

It doesn’t matter what it’s about – just pick something you feel very passionately about and write up an explanation of your opinion on that matter and why you feel that way. It doesn’t have to be controversial, but it will work better and get more noticed if it’s something that not everybody will agree with.

When you write it up, don’t forget to tell people that this is something you’ve never shared before – it will instantly make it more compelling in their eyes.

Find somebody interesting – it doesn’t have to be somebody famous or somebody you know – to interview and share that interview with your audience. Ideally, you will interview a person who is relevant to your niche or the type of subjects you cover in your comedy and in a perfect world that person would also have some social following of their own who they could promote your finished interview to in order to get you more attention for it.

You also want to really think about the questions you plan to ask and try to make them as unique and interesting as possible – don’t just ask the basic who are you and what do you do stuff.

Day 6: Explain How To Do Something

I’m sure there’s something you’re an expert on – figure out what that is and write something up teaching other people how to do it. This is a way to ensure that you provide value to people in your content and it can be the kind of content that builds value over time.

Pick a TV show, sports event, or some other thing that lots of people are interested in and live blog it while you watch it. If you don’t want to do that, you can also live blog an experience – maybe it’s a live blog of a Spotify playlist, or a live blog detailing a trip to a museum.

The point is to document in real-time (or close to it) an experience that other people can relate to.

If you’ve spent any time in comedy, I’m sure you’ve got some interesting stories. Pick one of them and share it with people – but write it as if you’re talking to people who don’t have any idea how the comedy world works. Remember, you want your content to resonate with potential fans, not just other comics so don’t make your post too inside-baseballish.

YouTube is your friend. Go on a deep dive about some random subject you find interesting, collect five incredible videos around that theme, and then share them with an amusing writeup of your thoughts about each one.

Day 10: Tell A Story From Your Childhood

Speaking of stories that everybody has to tell, think about your best childhood story and share it with the world.

Assuming you perform locally often (or want to), pick some of your local establishments and review them. You can play this straight – The 5 Best Date Night Restaurants In Your Town – or you can have more fun with it and do something like The 5 Worst Places In Town To Be Drunk.

The idea is to come up with something that will resonate with people who live in your area and that they’ll be likely to be interested in and share with others.

Day 12: Do A Late Night Monologue

This is a writing exercise, but also may interest your audience. Pretend you were on the writing staff for a late night TV show and write a series of monologue jokes based on that day’s news. As an added bonus, you can probably repurpose those jokes as individual tweets as well.

If you don’t use Twitter, you can do this on another social platform, but the basic idea is to write something with recommendations of a lot of people that others should follow and explain why.

Once you’ve posted this, you want to tag the people you featured and make sure they know you did so – most likely, some of them will share the post with their own followers and get you more exposure.

Source questions from people you know like your friends or followers and answer those questions in a post. Another way to do this is to choose one person and let them ask you the questions – for example, you could let your Mom interview you. Or, you could do something like let your first ex-girlfriend interview you.

There’s a lot of different ways to do this and make it compelling – plus, it’s easy because all you have to do is answer their questions.

This is also kind of like a writing exercise, but it’s worth trying to see how you like it. Create an Onion-inspired parody article about something relating to your niche or interests.

Just be sure to explain in the intro to the post or the title what you’re doing. For example, you could title it something like “If I Wrote For The Onion, This Is What I’d Do.”

This is similar to the post you did where you shared a series of interesting YouTube videos, but instead of that this time base it around weird news stories. There are lots of ways to find this stuff – check out Fark.com for starters – but the point is to pick a few crazy stories and write up your observations about them.

Ideally, these stories would be connected in some way – for example, The 5 Worst Criminals Of The Week – but they don’t have to be. It could also be something like “5 News Stories That Made Me Lose Faith In Humanity This Week.”

Write up a tribute to a person or people who inspire your comedy or yourself. Think about who that person is and what it is about them that you find inspiring and share that with your audience.

And if the person you choose is alive and uses social media, tag them in your post on social media and let them know about what you wrote. You can even frame the post in a way that thanks them. For example, if you’re writing about Steve Martin you could title it, “Thanks, Steve Martin” or “How Steve Martin Inspired Me To Become A Comedian.”

You never know what could come of it.

Have you ever seen how sometimes publications will feature an “open letter” from somebody written to a particular person or brand? Do that yourself. Pick a public entity that you have a strong feeling about and write them an open letter explaining your position or asking them to take a particular action.

Ideally, this would be something that other people might agree with you about and they could potentially rally behind your expression of the idea or request for the company. For example, Time Warner Cable sucks and lots of people think so – “An Open Letter To Time Warner Cable” might get some interesting support.

Day 19: Talk About Something Nostalgic

The Internet LOVES nostalgia. Figure out something or a series of things that you used to love and write up something interesting about them. It could be a remembrance of them, or even some thoughts about why you miss them.

For example, “I Feel Bad That Today’s Students Won’t Know What It Was Like To Go To High School Without The Internet” or “10 Things Only 80’s Babies Can Truly Understand.”

If you stuck with it and made it to this point, you’ve likely learned a lot and I know I’d love to hear about it and share it with others. Good luck!